WPT Global is the online room of the renowned live poker brand. No deposit welcome bonus.

Almost all of us have heard about or enjoyed some of the World Poker Tour broadcasts and their highstakes games. Now we not only have to limit ourselves to that, but we can be part of it, playing in their online poker room. The years of experience and the prestige of the WPT brand ensure a room with a large number of players and a good offer of games.
For now, available in English, Spanish and Portuguese, they announce that soon it will also be available in Russian.

The room can be accessed from more than 100 countries. The application is very easy to use and very intuitive. The offer of cash tables and tournaments is very wide and has a very good number of players at all times of the day. The lobby can be configured in dollars or yuan.

What is the room offering to its new players?

_ Welcome Bonus: $100 equivalent ticket for the Welcome Tournament of $100000 GTD. This is a no deposit bonus that is automatically credited upon account registration and can be used in any of the Wednesday and Sunday tournaments that will have the final day at the end of the month. 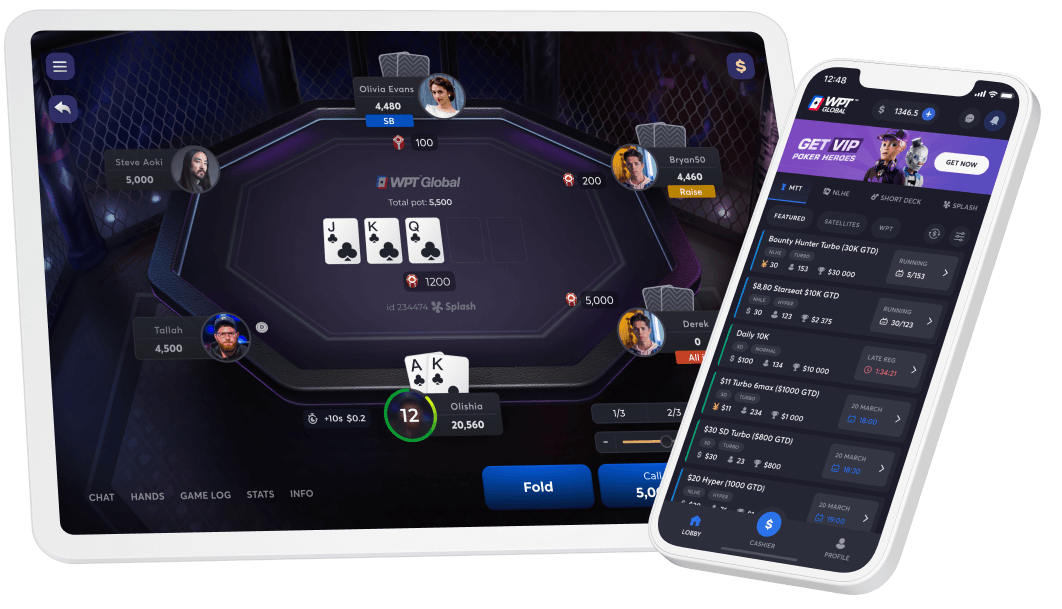 This is certainly one of the most spectacular promotions in online poker. With only $1 entry fee you have the chance to compete for $1 million.
Look in the Lobby for satellites to the tournament that has a guaranteed that would usually be linked to the high stakes, but that WPT Global makes available to everyone:

What can I play in WPT Global?

There are cash tables and tournaments at WPT Global in a huge variety of levels to suit all tastes. Both those looking for micro-limits or freerolls as well as highstakes players will find something that suit for them. The available modalities are NLH, 6Max (“strip deck” or “short deck”) and PLO (only MTTs). There are also different formats such as Pace Poker, where the player can change hands without having to wait for the end of the current hand. Splash Poker, which will add preflop ante to make bigger pots, will also be offered soon.

A loyalty program will soon be offered that will redistribute the rake in a fair way to reward the players who contribute the most with their play. Rake levels will vary depending on the stakes at individual tables, as well as the number and activity of players: starting new games, playing at short-handed or difficult tables and avoiding predatory behavior will increase the rewards in terms of rake back (starting at a base level of approximately 40% when these conditions are met). Both new and established players will have the opportunity to benefit from the flexible system which, at the highest levels, can return 70% of the rake reallocation.

There are two daily freerolls and lots of tournaments with different entry levels (from $2 to $109). There are also the $220 Progressive Bounties Turbo and the $550 Deepstack Turbo for higher level players. There are NLH, PLO and 6Max tournaments. Also in Knock out modes of Bounty hunter and Bounty progressive, in all modes and levels, with structures from slow to hyper turbo.
There are also many satellites to the ¥550 Golden Weekly tournament and, of course, satellites to live WPT tournaments around the world.

WPT Global is also exploring the NFT world. In partnership with GAMAVRS, they have created a series of NFT avatars that have been sold since February and grant different benefits to players who own them, depending on their rarity. 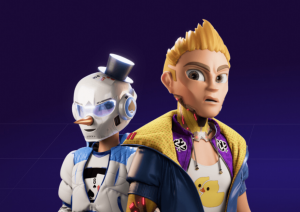 Another interesting point to highlight about WPT Global is the possibility of making deposits and withdrawals with different cryptocurrencies such as Bitcoin, Ethereum or Litecoin and that there are no commissions for deposits or withdrawals.

If you are interested in registering in WPT Globalyou can contact us for more details. Remember that we are available 24/7.

How to register in WPT Global?